With the suburbs of Cape Town to the south, the beaches of Milnerton and Blouberg to the west, and the winelands of Durbanville Hills to the north, Burgundy Estate Cape Town borders the vineyards of the historic De Grendel wine farm less than 20 kilometres from the centre of the Mother City.

The estate is bordered by the M13, which provides easy access to the N7 and the N1 highways, taking you into the centre of Cape Town and V&A Waterfront in under 15 minutes during optimal traffic conditions.

The site is less than 10 kilometres from Century City, home to Canal Walk, Africa’s leading super-regional shopping centre. Plattekloof and Willowbridge shopping centres are also close by. In addition, Richmond Park, a major new commercial and retail node, is now under development on the other side of Tygerberg Valley Road.

Convenient access to the city and to other parts of the Cape Town metropole will be greatly enhanced through the roll-out of the successful MiCiTi rapid transit system, providing efficient and affordable public transport.

Distances to points of Interest from Burgundy Estate 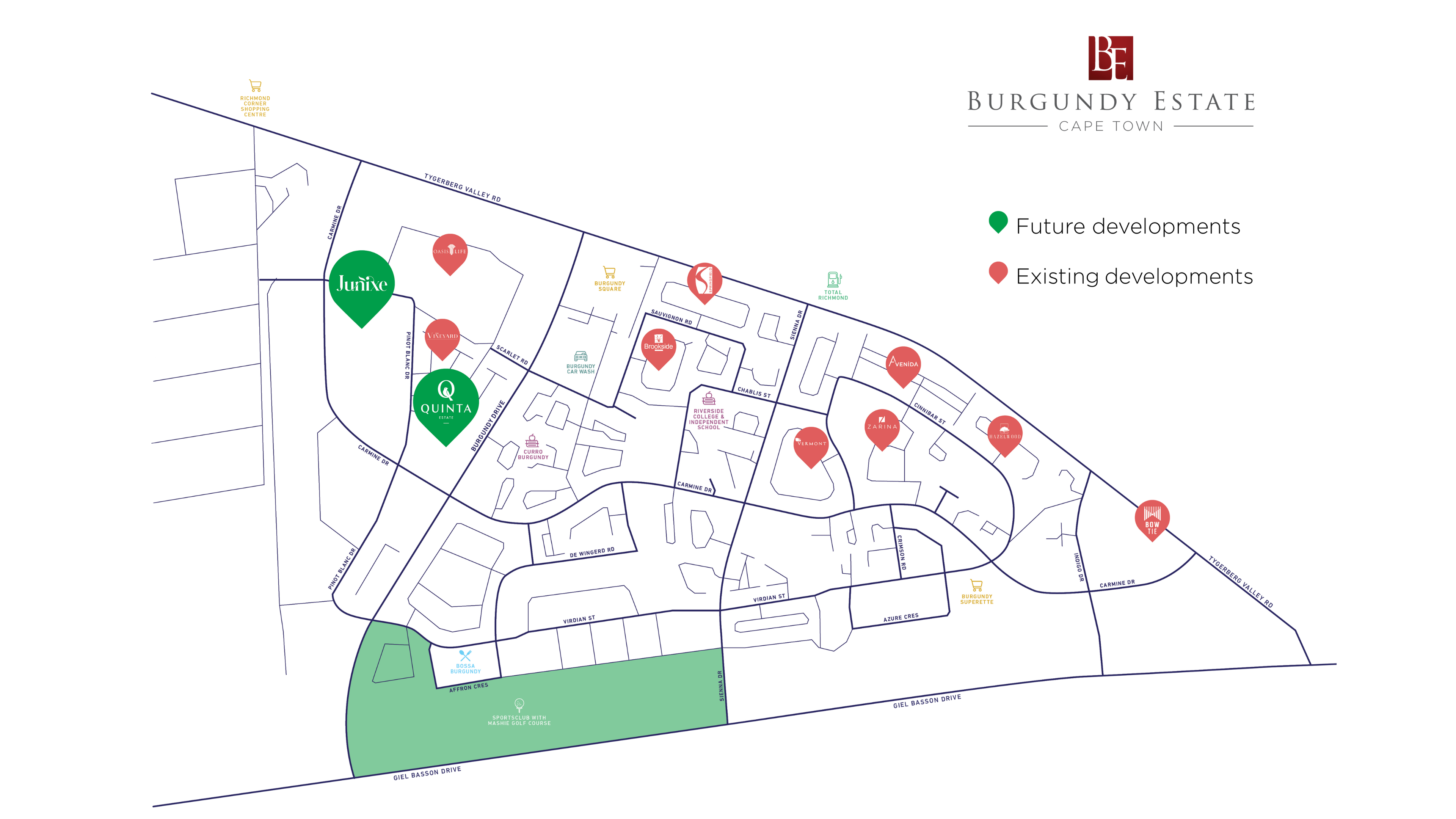